Writing My First Cozy Mystery: A Diverse Cast of Characters 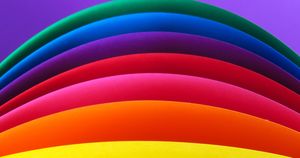 I have seen unambiguous requests, by agents and publishers, for characters who represent groups society has, historically, pretended do not exist. I have read advice from "experts" who suggest any manuscript will be improved by including characters who embody different races, have various sexual orientations, represent a range of body sizes, and are differently abled.

I wanted the characters in my book to reflect the world I see around me and the different kinds of people I work with, play music with, am related to..call my friends.

The challenge, for me, is how to do that without it seeming arbitrary or forced. I want my characters to serve the story, to fit the plot; to belong to the mystery. I want to model inclusion without standing on a soapbox. I also want to be sure I understand how to clearly and respectfully have a character embody someone with a different lived experience than mine.

I did not include every kind of differentness that exists in the world in my first book. My intention for the Sam Cook Mystery series (in which the main character and amateur sleuth is Samantha [Sam] Cook) is to explore differences subtly at first and then, perhaps to include some characters who will force their differences to be confronted head on. I decided to let the characters in my first book be who they are without fanfare, for now.

I'm a person who, as a child, was taught the color of a person's skin shouldn't matter and then learned later in life, from my daughter, the importance of acknowledging how much it actually does matter. I want my stories to explore the ways otherness impacts every interaction, every moment of a person's life.

Sam's roommate, and bandmate, Nia Taylor, is an extremely talented musician who plays the violin and the mandolin. She is possibly the only black musician in the folk and singer-songwriter community that forms the backdrop for this first story, and for the series. Part of the inspiration for Nia comes from two musicians I have heard speak about being black artists in the almost exclusively white folk community, Vance Gilbert and Elissa Jones. Nia's experience as a black woman in folk music will take center stage (pun intended) at some point in the series.

Jay Weber, one of Sam's dearest friends, is a gay man, married for eight years to Mark, his life partner and business partner at JayMark Recording studios. Jay and Sam have known each other since they were children, brought to Oak Hill Farm each summer by their parents. They have a special connection that I hope to explore in more depth in one or more of the next few books.

I have tried to let both of these characters be who they are without making a big deal about it. Before I delve further into their experience of moving through the world as "other", I will likely need advice and counsel from friends and family who resemble them.

There may be a place, in a story I haven't yet written, for other characters who check the boxes on some agent's wish list, but before I introduce a queer, or trans, or differently abled character, I want to be sure I can do so in a true and respectful way. In my cozy mystery series, I want the diversity of my characters to be a reflection of real life, not a marketing tool.